Wayne Tomorrow! seeks to develop hubs within the geographic areas of the County where residents and visitors can meet, share, and engage in  social and educational activities. They should include all age groups, safe places for young and old, and help create a sense of community and opportunity.

Identified as a key need in the Wayne Tomorrow! analyses, the Quality of Life Working Group created an inventory of possible hubs where community services and connections can be made.  Already the County's seven public libraries serve as community hubs because of the wide variety of free programming for adults and children, but also because of free wireless internet available at each location.

The County's Senior Centers are also likely to play an important role, along with The Cooperage Project, a non-profit organization that maintains a physical space at 1030 Main Street, that hosts a range of instructive and entertaining activities that engage, challenge and enlighten. These include performances, markets, learning opportunities and good times like game nights and dancing.

The  Community Hubs Task Force continues to identify important gathering places, which could be built upon as Wayne Tomorrow! initiatives like high-speed broadband internet services are rolled out.

The Task Force began a community outreach effort in the Hamlin area to start  with a county-wide network of spaces as the end goal. That effort has since expanded to the Newfoundland Area , where both libraries are now involved in developing Community Hubs projects.  In Hamlin, they have taken over the entire lower level and have the funding to begin creating the space. In Newfoundland, they have received a grant to begin outfitting their second floor, which has only recently been made available to the public.

The Task Force has also been working with the Hawley Hub, including their new non-profit arm, Hawley Forward @ The Hawley Hub, by making the Wayne Tomorrow! network available to the newly seated board of directors.

In 2022, the Task Force plans to begin gathering stakeholders to discuss the need for and potential sites of community hubs in the northern reaches of the county, 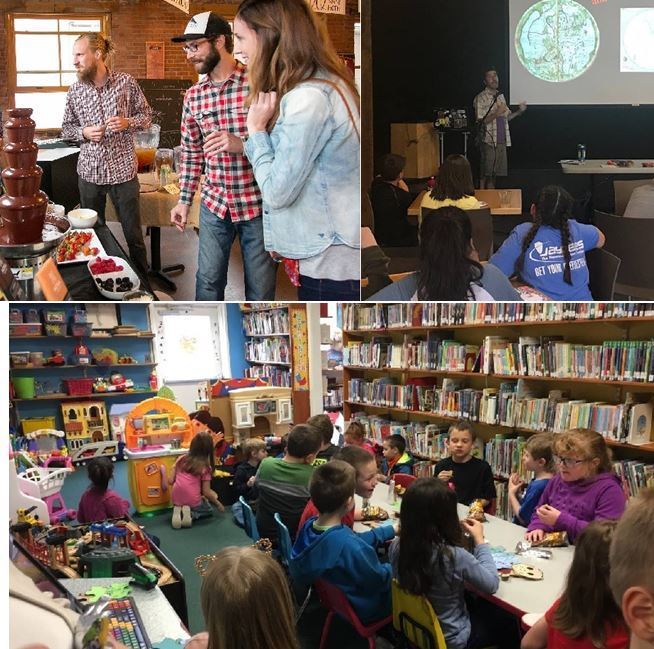